Almost inevitably, I find that my patients that are Estrogen Dominant are psychologically depressed. If the depression varies with the menstrual cycle, then that depression has a hormonal component. Hormones are the component of the depression that varies with the menstrual cycle. IF the patient removes xenoestrogens (environmental estrogens) and phytoestrogens, and takes progesterone, the patient becomes less anxious more calm

and less depressed. Progesterone is known as the "happy hormone".

Estrogen Dominance means too much estrogen.  Where is this excess estrogen coming from?Xenoestrogens are chemicals and herbs that mimic estrogen.  The main route of entry is topically on the skin.  Xenoestrogens do NOT appear on the hormone blood test.  Anything applied to the skin is 10 times more potent than when taken orally.  This is because anything on the skin goes directly into the body.  However, anything taken orally is 90% first pass inactivated by the liver.  Again, these xenoestrogens do not appear on the hormone test.  There is no routine lab test to test for xenoestrogens.  I wish there was a lab test that I could use to test for xenoestrogens, but there is none.

John Lee, MD wrote this about Estrogen Dominance and depression in, "What Your Doctor May Not Tell You about Menopause" by John Lee, MD page 121.

Excess estrogen, however, can have a negative effect on mood. This has to do with copper and zinc ratios. Copper and zinc are important cofactors for brain enzymes. Estrogen increases a blood protein, ceruloplasmin, which binds to copper and prevents dietary copper from finding its way into brain cells. Too much ceruloplasmin leaves too much copper in the blood, causing zinc levels to drop in the blood and the brain. The result is an imbalance that leads to exaggerated stress reactions, serious mood swings, and depression. (Sounds like PMS, doesn't it?)

John Lee, MD wrote this about Postpartum Depression, "What Your Doctor May Not Tell You about Menopause" by John Lee, MD page 89, 127.

Many women experience depression in the days (and weeks) following childbirth. Other symptoms include headache, irritability, and sleeplessness. The depression can cause incapacitation and be prolonged. Research by Brian Harris and colleagues in Wales found that among 120 women, those with the highest prenatal and lowest post natal progesterone levels also scored highest on measures of postpartum depression scores.

Recall that as pregnancy advances, placental production of progesterone rises to levels of 350 mg to 400 milligrams a day, and the ovaries' contribution at that point is nil. With delivery, the placenta derived progesterone is suddenly gone. The only source of progesterone at that time would be the adrenal glands. It is possible that adrenal exhaustion plays a role in a woman's inability to provide even a modicum of progesterone in the day following childbirth. Postpartum depression is notoriously difficult to treat. It would seem appropriate to measure progesterone levels a day or two after childbirth and, if found to be low, progesterone cream could be promptly supplemented. It is possible that his simple and safe therapy could make postpartum depression much easier to treat. For more detailed information on nutrition, hormones, and postpartum depression, please read the excellent book, "A Natural Guide to Pregnancy and Postpartum Health (Raffelock, Roundtree, Avery, 2002).

Progesterone is the hormone that makes possible the survival of the fertilized egg. It maintains the lining of the uterus, which the fertilized egg will attach to and from which the germinating egg and the resultant embryo will gain sustenance during its first stages of growth. As might be expect, the surge of progesterone at the time of ovulation is one source of sex drive, the urge to procreate, by which is meant the sexual drive to bring egg and sperm together. (Doesn't it make sense that Mother Nature would connect sex drive to the hormone that comes at ovulation?)

In pregnancy, progesterone is necessary to prevent the premature shedding of the uterine lining. Any drop in progesterone level or blockage of its receptor sites at this time will result in the loss of the embryo (miscarriage). This in fact is the action of the antiprogesterone compound and abortifacient RU-486. 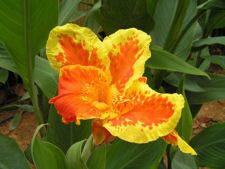 As the placenta develops, it assumes and progressively increases the production of progesterone for the duration of the gestation period until the birth of the baby. During the third trimester, the placenta is producing progesterone at the rate of 300 to 400 milligrams per day, an astoundingly high level for hormone production, which is usually measured in micrograms per day. It is interesting to note that many women say the aside from the physical discomfort of carrying all that extra weight and the constriction of organs such as the bladder, they never felt better than in their third trimester of pregnancy, when progesterone production is very high!