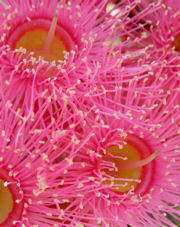 Essentially, you are unknowingly poisoning yourself with chemicals and herbs that mimic estrogen and do NOT appear on the hormone test.

What does a woman with hypothyroid look like? Hair begins to thin. The body temperature is low. Fat builds up on the belly and hips despite exercise and diet.Even with exercise and diet it very difficult to get rid of the fat on the belly and hips. The women feel cold. There may be sugar cravings. The eyebrows may look thin and begin to thin. She begins to feel a lack of energy and sluggish.

Typically, she goes to see the doctor, and a thyroid blood test is done. The thyroid hormone test is normal or low normal. The doctor usually shrugs and says she is normal, and waves goodbye to the patient. But I don't know what woman is happy with thinning hair and fat on the belly and hips with weight gain. The smarter doctor will give her a little thyroid. She looses the fat on the belly and hips and weight gain and the hair grows back. Weight loss is easy. And the patient comes back to see the doctor every so often to get a refill on the thyroid hormone. Everyone is happy.

I talked to a "smart" specialist that noted that every time he gave synthetic estrogen replacement to a woman, he noted that they began to look hypothyroid despite having normal blood tests. Naturally, the women were unhappy with thinning hair and increased fat on the belly and hips. So he began to give them a little thyroid hormone. Hair stopped thinning and the fat on the belly and hips stopped. The women were happy. So after several years he began to give synthetic estrogen replacement and thyroid hormone together. This would prevent a repeat trip from his patients complaining about thinning hair and fat on the belly.

In contrast, natural estrogen (as opposed to synthetic estrogen) that your body makes could actually increase your hair, IF you do not have too much estrogen (Estrogen Dominance) to begin with.

Hopefully, you can be even smarter in treating your hypothyroid condition. Get rid of the cause of the thyroid receptor desensitivity. Estrogen 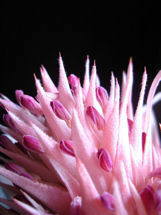 If the hypothyoid symptoms do NOT go away, usually the patient has some kind of xenoestrogen or phytoestrogen in her environment. This is the most common reason for failure for progesterone therapy.

Another less common reason for failure, is that the patient has fear/stress/anxiety that prevents the xenoestrogens and phytoestrogens from being excreted.

Another reason for failure is that the patient may be poisoned with a chemical that blocks thyroid hormone. One type of fire retardant PBDE commonly used in plastics is the classic example of a thyroid blocker. Since PBDE fire retardants are structurally similar to thyroid hormone they can block thyroid hormone. People in the United States have the highest PBDE levels in humans worldwide. Women in North America have 10 to 40 times the levels of the PBDEs in their breast milk, as do women in Europe or in Asia.

Another common cause for hair loss is toxic chemical exposure (unrelated to Estrogen Dominance). It is sort of like chemotherapy. The chemotherapy is toxic to the rapidly growing hair follicles and the hair falls out. The most common cause of toxicity with hair thinning is exposure to chemicals in a new building or living in a newly built house. The solution is to open the window and get fresh air.

Progesterone can help with ovarian cysts, fibroid, endometriosis, PMS, fibrocystic breast disease, and menstrual cramping. Most of the time, the women with these diseases also suffer from hypothyroid from Estrogen Dominance causing thyroid receptor to become less sensitive.

I am a 53 yr. old MBA in Columbus Ohio. Previously I had ordered other progesterone products and read Dr. Lee's book and Suzanne Sommers books and knew about the wonders of progesterone.

My little sister and I have recently been diagnosed with thyriod disease. We BOTH have beautiful long lovely blonde hair that has been falling out now for two years. We have tried everything to save our hair. We have tried kelp which you have to take in dosages of at LEAST 150 MG we have finally discovered. The doctors have been absolutely awful about prescribing drugs such as Synthoid which have a SIDE effect of making your hair fall out WORSE!! We both turned this drug down When I took a saliva test I found that my estrogen was through the roof and that I needed progesterone.

I have gone through four doctors here now in Columbus Ohio. I have finally found a SMART one and have been able to "kiss and make up with him" at new years only after he did give me a 30 day letter for "asking too many questions". I am now on natural thyroid thanks to him! I have been taking it with your progestelle since Jan. 1 and have NOT lost my hair CONTRARY to the prescription insert!!! He is just going to be sooooo very proud of us!!! We were just sick over my beautiful hair that was supposed to fall out in October. My hairdresser CRIED!!! I do demos and promos for L'Oreal and Walmart even at my age they love my looks and my hair so much. I have actually been taking some sort of progesterone supplement since Nov. 1st from the internet.

I believe your product has helped me with these strong thyroid hormones the most as they bind to the estrogen. Please pass this knowledge on to others who are losing their beautiful hair. They do not need to lose their lovely hair.

Thank you!! And this time I am using the natural laundry detergent like you suggested and I am NOT losing my hair like I was before! Thanx for your help!

I don't know if you remember or not, but when I was using the Progestelle last time I had complained to you that I was losing way too much hair and you had advised me to stop using the progestelle and to get the nautral detergent that you had recommended! So I did as you said and when I started back up on the progestelle I am not using as much as before and I am also not losing much hair!