Why Does Progesterone Work?

Natural Progesterone is NOT a synthetic prescription Progestin such as Provera, and Megestrol.

First of all, Natural Progesterone is NOT a synthetic prescription Progestin such as Provera, and Megestrol. Brand Name prescription synthetic Progestins CAUSE cancer according to a recent copy of the Physicians Desk Reference (PDR). Natural Progesterone PREVENTS endometrial hyperplasia according to Solvay Pharmaceuticals. Endometrial Hyperplasia untreated leads to endometrial cancer. Provera and Megestrol are chemically modified from Natural Progesterone so that drug companies can patent Provera and Megestrol and charge high prices. High prices mean high profits and drug representatives can push Brand Name prescription synthetic Progestins onto unsuspecting physicians. Because of these molecular changes, these progestins have side effects that are documented in any Physician's Desk Reference such as breast tumor formation in Beagle dogs, mental depression, nausea, insomnia, edema, asthma, migraine, thrombophlebitis, etc. Read about this at www.fibrocystic.com under Progestins.

A common cause of 1st trimester miscarriage is a progesterone deficiency or the woman is taking some herbs or chemicals on the skin that is blocking progesterone.  These chemicals or herbs act like the "morning after pill."  For instance, aloe is used to create a miscarriage.

The cause of many of the female diseases is chemicals or herbs in the environment that mimic estrogen. Since 1990, the study of chemical hormone disruptors has become a hot topic in scientific circles. The key is to cut out the chemical estrogens, xenoestrogens. 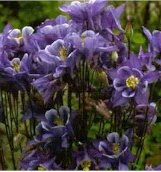 Recently, as early as 1991, many synthetic chemicals have been found to have estrogen mimicking effects at very low concentrations. These estrogen mimicking chemicals may be found in every day materials such as varnish coating the inside of food cans, laundry detergent, and plastic water bottles. Dr. Lee and other researchers around the world believe that these estrogenic chemicals have created an environment where people are exposed to too much estrogen in their daily lives. This would account for increases in endometriosis, PMS, fibrocystic breast disease, uterine fibromas, prostate cancer and benign prostatic hypertrophy.

However, the real culprit of many female woes is the "estrogen" effect of these chemical estrogens or herbs known as xenoestrogens. The xenoestrogens do not look like estrogen at all and when they go into the receptor and stimulate the body, they kind of act like estrogen, but sometimes do not exactly act like estrogen.  Many times I find that once the patient removes all xenoestrogens from her skin and environment, the patient becomes well and never uses progesterone.  Buy any product from us and get a FREE list of “safe” toiletries and herbs to use on the skin and around the house.  Buy any product from us and you will get a FREE list of chemicals and herbs shown to be hormone disruptive.

Progesterone is in fact only a band aid.  The real culprit of all these female diseases is xenoestrogens.  It is against my own business interest to tell you this.

There are some chemicals and herbs that stimulate your body to create more estradiol.  I have found that coffee, cocoa butter, and chocolate can cause your estradiol to become high.  One patient I had was a Naturopath that practiced medicine in Spain.  She was estrogen dominant.  She claimed to have a natural clean diet as well as natural clean cosmetics.  Her estradiol was indeed high.  She was estrogen dominant.  She wanted to use progesterone.  I told her that somehow she was poisoning herself with something that was elevating her estradiol.  She was skeptical and claimed that she only used the highest quality clean cosmetics and toiletries.  It turn out that she was using Black African Soap. Black African Soap contained cocoa butter.  She stopped the Black African Soap.  Her estradiol returned to normal and she never did use progesterone.

However, as stated above many times these chemicals and herbs that are xenoestrogens never appear on the hormone test, but the patient in question is very estrogen dominant.

For instance, low level dioxin was recently found to create endometriosis.  Low level dioxin is a xenoestrogen.  Dioxin does NOT appear on the hormone test.

Here is an excerpt from John Lee, MD's book, "What Your Doctor May Not Tell You About Breast Cancer":

The solution is to stop the lavender (xenoestrogen), THEN take the progesterone cream.