If you take the correct magnesium supplement, the deficiency will go away temporarily and the chocolate craving just before the period will also go 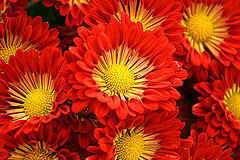 away. It is important to take an easily absorbed magnesium.  I like to give my patients Magnesium Citrate (400-600 mg/day or more) which can be bought at the health food store. The typical absorption rate for a chelated magnesium may be as high as 40%. In contrast, a Magnesium Oxide found in some name brands only has an absorption rate of 4%. Make sure you get a magnesium citrate NOT magnesium oxide.

Magnesium Citrate is the magnesium of choice to decalcify abnormal calcium deposits in the body.  These calcium deposits can be in the muscle or can be found on tendons and tendon insertions on the bone.  Microcalcifications like little pieces of sand may be found in the breast.  Very frequently large uterine fibroids are calcified.  The calcifications are typically made from calcium oxalate.  Mangnesium oxalate is 567 times more soluble in water than calcium oxalate.  Also the citrate ion will complex with the calcium making a soluble complex.  Take 800-1000 mg/day of Magnesium Citrate just enough to almost give you diarrhea.  Typically calcifications using high dose magnesium citrate can be dissolved in as little as 2-3 months.

So Menstrual Cramps can sometimes be due to a magnesium deficiency that is due to Estrogen Dominance.

So to get rid of chocolate craving, menstrual cramps, constipation, and the muscle tensing portion of the Restless Leg Syndrome, get rid of Estrogen Dominance, and take Magnesium Citrate.

Taking magnesium supplements usually helps with Menstrual Cramping, and constipation, as well as leg tensing and leg cramps. Anytime the muscles tense up, this is a red flag for a Magnesium Deficiency. 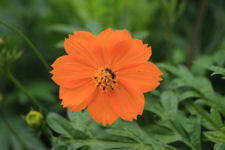 Estrogen Dominance causes a Magnesium Deficiency, Vitamin B deficiency and high Copper levels. Vitamin B deficiency causes a neuropathy or nerve disease.  Estrogen Dominance means too much Estrogen.  Where is all this excess estrogen coming from?  The excess estrogen is from chemicals and herbs that mimic estrogen in cosmetics and toiletries being put on the skin.  These chemicals and herbs that mimic estrogen are collective known as hormone disruptors, endocrine disruptors, or xenoestrogens.  These endocrine disruptors do NOT appear on the hormone test.  They mimic estrogen, but there is no routine lab test to detect these xenoestrogens.  I wish there was a lab test for xenoestrogens, but there is none.

High copper levels in the body make women go "crazy", feel irritable, and have nasty mood swings. Take progesterone and get rid of the environmental estrogens, xenoestrogens, and phytoestrogens and the high copper levels normalize. The woman feels normal. The craziness goes away. Her husband gets more sex. Her sex drive and libido goes up.

A vitamin K2 deficiency will cause calcifications in the arteries. Taking vitamin K2 will decalcify arteries.

If you correct the Estrogen Dominance by avoiding xenoestrogens and using progesterone, in several months, the Magnesium Deficiency, Vitamin B Deficiency and High Copper Levels will correct automatically. Correct the Estrogen Dominance by taking progesterone and avoiding xenoestrogens and phytoestrogens.  The best magnesium supplement to take to dissolve calcium oxalate abnormal deposits is Magnesium Citrate 800-1000 mg/day.